Vivacitas is a roleplay server for the game StarMade. This wikia is a place for players to find server information/news (both IC and OOC), expand the stories of their characters, flesh out their factions, or even showcase the ships that they've designed. It is our hope that this wikia will help to make the server feel more alive, be a place where players can interact, and serve as a tool for collaborative world building.

Explore the categories below to learn more about the world of Vivacitas in StarMade!

The server is whitelisted and we use an application process. For more details about the server see the server info page, which includes server rules and roleplay conventions.

You can add information about your character, your faction, your ships, etc by entering the title in the box below and clicking "Create new article". Please look at existing pages and follow their format to maintain consistency.

Not sure where to start? 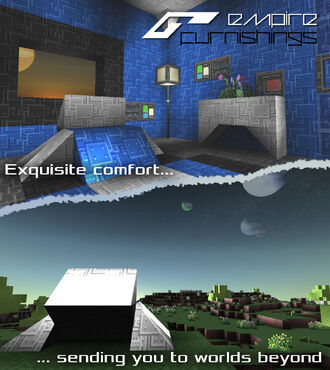 If you enjoy the server and would like to help out with the costs of running the StarMade server and/or the TeamSpeak3 server, you may donate using the button below. Donations will remain anonymous and will only be used for keeping the server running.

Retrieved from "https://vivacitas.fandom.com/wiki/Vivacitas_Wiki?oldid=4592"
Community content is available under CC-BY-SA unless otherwise noted.